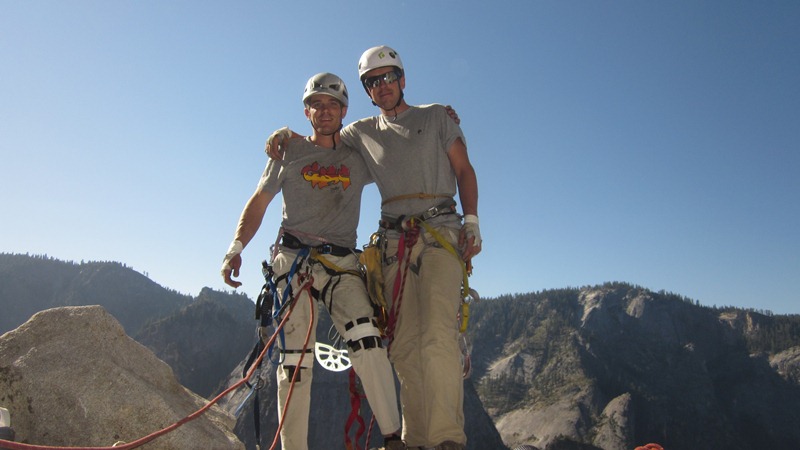 When a dream is achieved a new level of consciousness can be entered. During a road trip last year, full of California dreaming, I achieved two personal dreams: climbing El Capitan in Yosemite, and becoming an underwear model for Patagonia.

Both dreams were mere sparks at first. Any climber that sees El Capitan considers climbing it, if they could, and if they ever would. The first time I saw El Cap I wanted to go home and forget about climbing, the mere sight of it revealed my most inner doubts and fears. At the same time, it was an object of beautiful desire, engaging and impossible to forget. Over the last decade-plus Yosemite’s walls have allured me back time and time again, and after ten trips and two previous failures on El Cap, last September I finally climbed the Salathe Wall, with my dear friend Dave Ahrens.

It was the best of times kind of climb, with the perceived fear worse than the actual fear, and off-widths so humbling even the grade of 5.7 was intimidating. At one point I found myself hanging on a #6 Camalot in a 5.7 pitch known as The Ear. I would nominate this pitch for consideration of “Hardest 5.7 on The Planet.”

After succeeding on our lifetime goal, Dave and I had a couple of days in Yosemite to loiter and be thankful for the fruits of the horizontal. We participated in the Yosemite Facelift cleanup with our local homies Mark Grundon and Scott Borden, and both agreed that picking up trash was probably the only thing we were capable of after the physical, emotional and mental intensity of El Cap. 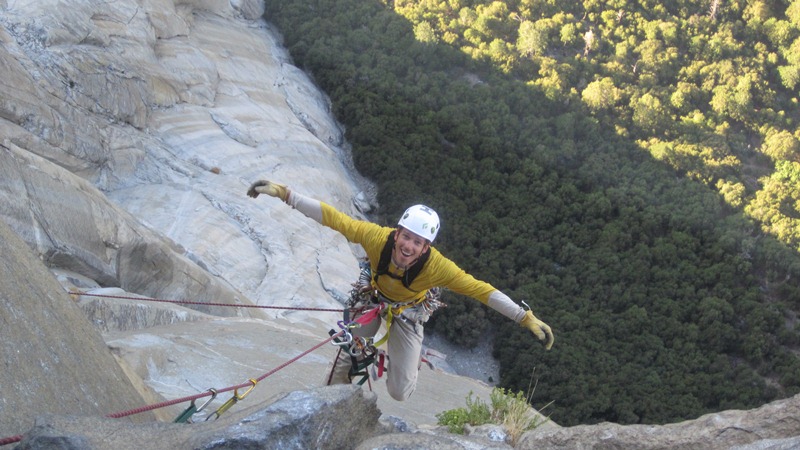 Dave Ahrens stoked to be approaching the Salathe Headwall on the team’s last day on the wall. 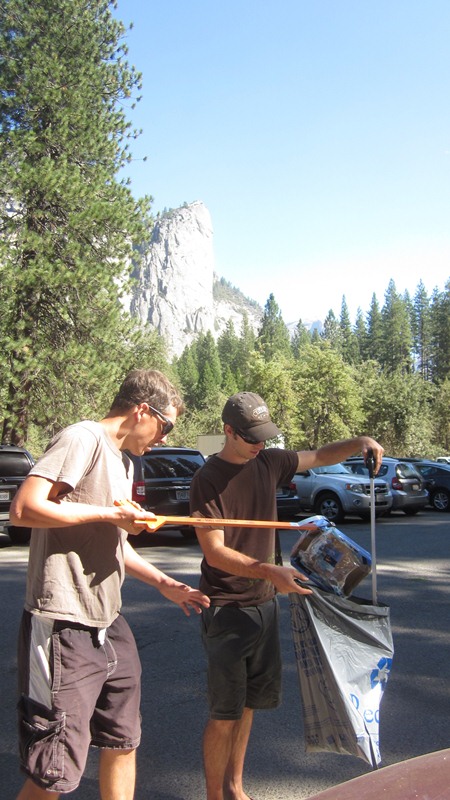 Dave Ahrens and D. Scott Borden cleaning up Yosemite during the 2012 Yosemite Facelift. Borden lives in Yosemite and works for Nature Bridge. 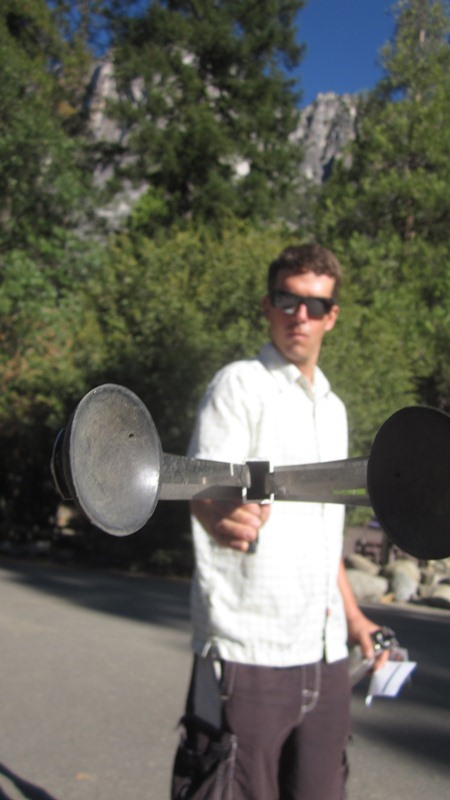 I may not be much of a climber, but I love it, and to have achieved that dream to climb El Cap left me in a state of contentment, almost. There was still one dream I wanted to realize in Yosemite, my dream to become an underwear model for Patagonia.

This dream, first suggested to me by my friend Amber Jeck, originally seemed just as improbable as climbing El Capitan. (For the full backstory, read “The Underwear Story“.) I mean an underwear model is the king of all male models right?

My dream seemed like a joke for years, a conversation piece at parties, something I thought I’d talk about forever, but never get to actually do. That all changed last year when Patagonia published the story about my underwear dream on The Cleanest Line, which is an excerpt from my book, Climbing Out of Bed. Shortly after this my buddy Shaun Matusewicz started an online petition for me to fulfill my dream, which motivated me to write a formal request to Patagonia. To my delight, they were game to have a little fun and agreed that I could indeed model their undies!

The only catch was that I needed to visit the Patagonia headquarters in Ventura, California to do the shoot. I live in Durango, Colorado, a day’s drive away from Ventura, so the dream was still somewhat improbable. Dreams are always improbable, impossible, or difficult though, improvisation would be necessary. Then it hit me, we could do the shoot during my upcoming trip to Yosemite, in the most iconic of all places for a photo shoot, the El Cap Meadow. As it turned out, some Patagonia employees would be in Yosemite at the same time for the Facelift.

It happened our last morning before leaving Yosemite. Dave and I met up with Jenning Steger, a photo editor for Patagonia. I explained to her my dream, and she was more than happy to take some time before climbing to do the shoot. We talked climbing for a bit, and then I stripped down to a new pair of Patagonia underwear. I was jacked on coffee and the air had a brisk autumn coolness to it, but I managed to keep my swagger. I couldn’t help but think about that Seinfeld episode where Kramer takes pictures of George in his underwear (with Kramer’s voice in my head): “Give it to me, work it, you’re a man, you’re a loverboy.” 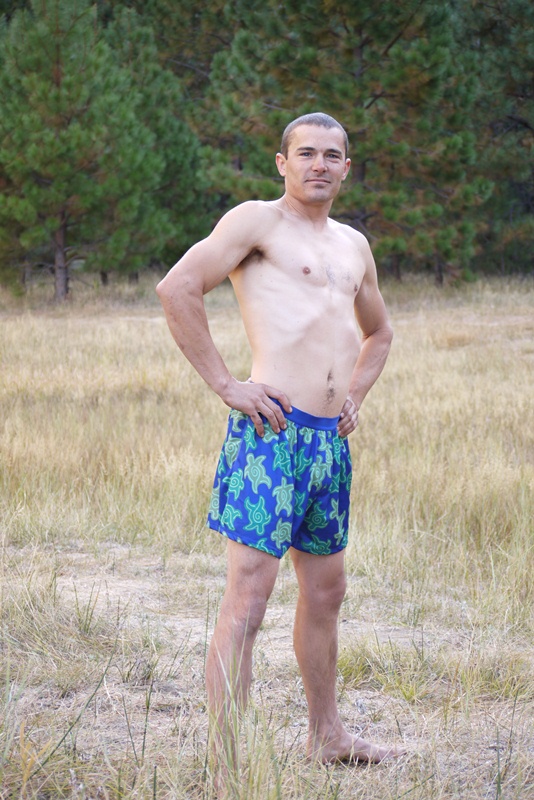 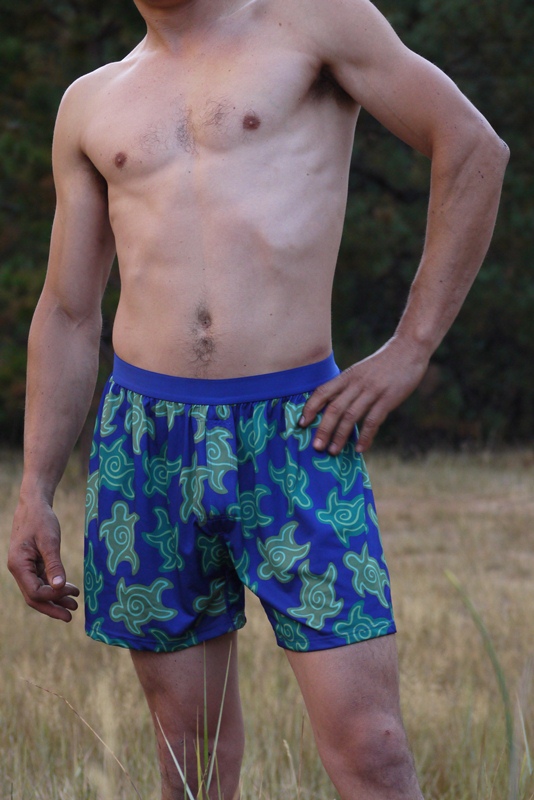 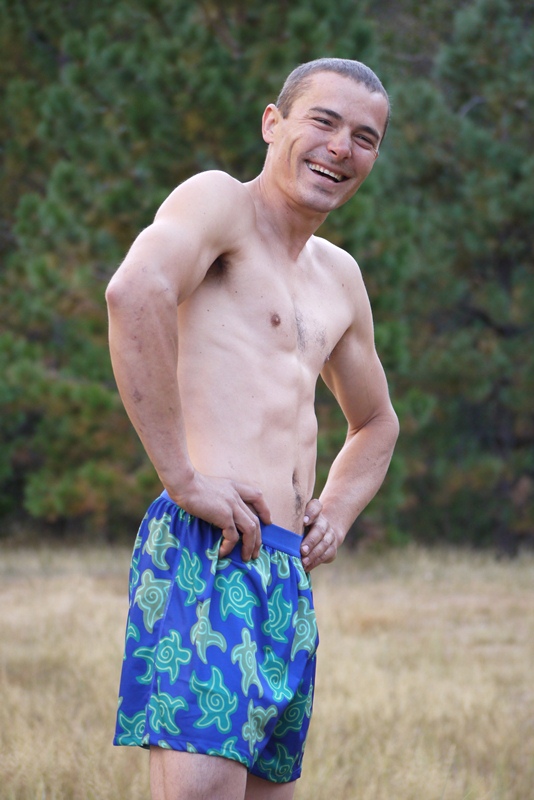 Then, lying down in the cool grass of the meadow, I did the pose I imagined underwear models do, with one hand on my hip, and the other on my head, elbow stretched to the sky. I felt so at home in front of the camera, in the El Cap Meadow, that I realized, maybe I really do have a future in modeling. We talked climbing and photography some more with Jenning, and then we were on our way back to Colorado. 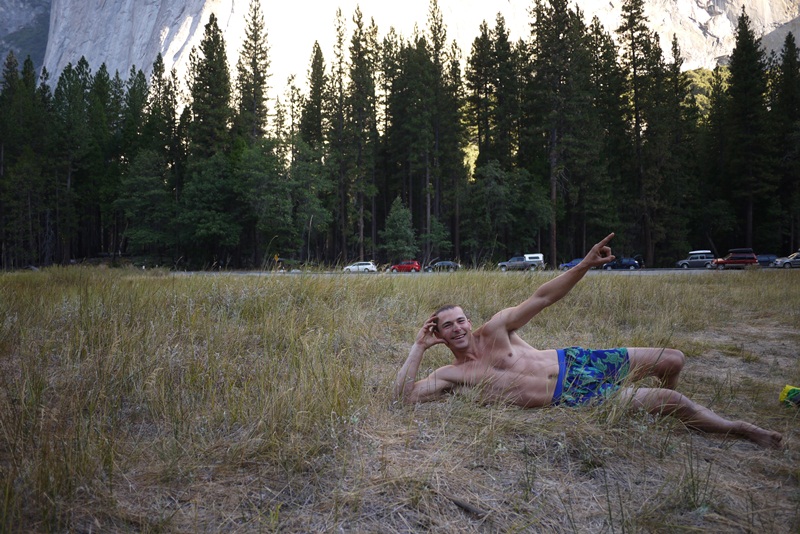 My dream was finally achieved, I did an underwear modeling shoot with Patagonia! The whole drive home we laughed about it. Then the cosmic coincidences continued.

The first day back at my day job working at a Mexican restaurant, a customer grabbed my attention. I thought I’d done something wrong — after all, I knew my mind was still in Yosemite. She started off, “Now, I’m not trying to be weird or anything, but I used to work in the fashion industry… have you ever considered doing any modeling?”

Too surprised to really answer the question I just stood there, jaw on the floor, wondering what else might be in store for me in my underwear.

The 10th annual Yosemite Facelift will start with an evening program at 6:30 p.m. on September 24, 2013 and will end at midnight September 29, 2013. Camping is free during the event so come out to the Valley lend a hand.

Luke Mehall lives in Durango, Colorado. He is the publisher of The Climbing Zine, an independent print publication and website, and he is the author of American Climber, Graduating From College Me, The Great American Dirtbags and Climbing Out of Bed. He has been published in Alpinist, Rock and Ice and Patagonia’s blog, “The Cleanest Line.” He has also appeared on the The Enormocast and The Dirtbag Diaries podcasts. In 2017, his mustache was named the best of Indian Creek.

See all stories from Luke Mehall