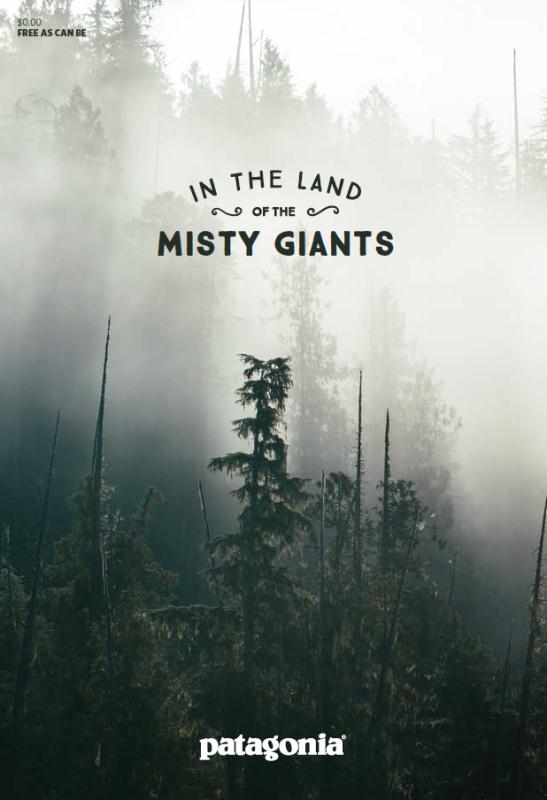 Until recently, our beautiful northern neighbor has gone underserved by the company. Though we’ve fought countless environmental battles in Canada and funded projects such as Groundswell, our brand brick-and-mortar presence has been minimal at best. Gallantly, Patagonia Toronto has held down the fort for us amidst all of the tuques and the, “ehs?”

This is why we are beside ourselves with stoke to announce that Patagonia now has a second store in Canada! The store is located in Vancouver, British Columbia and sits on the corner of West 4th and Maple, in the heart of Kitsilano, a cozy, walkable neighborhood that’s bustling with folks drinking good coffee and riding cool bikes. While the store can’t boast Cardiff’s ocean views, it is just up the hill from Vancouver’s most popular local beach.

We commissioned Luke Ramsey to design, in addition to his tee shirt, the art piece behind the cash register—the space behind the register will act as a rotating exhibit, with each piece eventually being auctioned off to benefit a local non-profit. 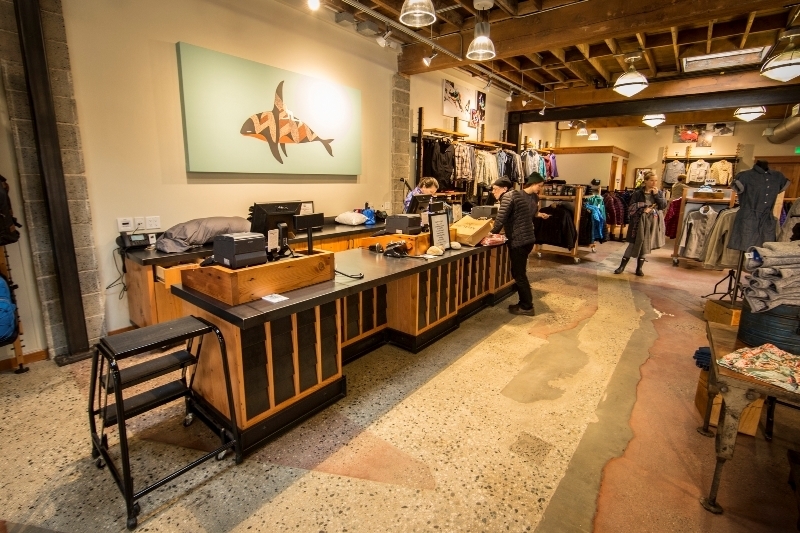 Artwork by Luke Ramsey hangs behind the register. All photos: Tim Davis

And last, but not least, Malcolm Johnson and Jeremy Koreski produced a “short anthology” for Patagonia Vancouver titled In the Land of the Misty Giants. The words and photos in this little ‘zine superbly capture the essence of British Columbia, expressing how grateful we are to finally be a part of such a vibrant community.

For your viewing pleasure, we’re including an online version of the ‘zine, as well as a few shots from the store’s grand opening party. You can keep up with store events and happenings on Instagram (@patagoniavancouver).

“In the Land of the Misty Giants” by Malcolm Johnson and Jeremy Koreski. 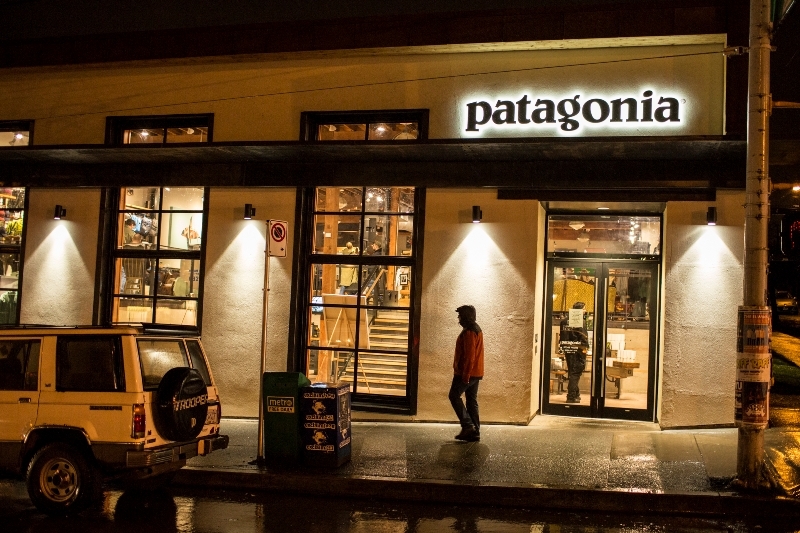 Getting ready for the grand opening party at Patagonia Vancouver. Come on in! 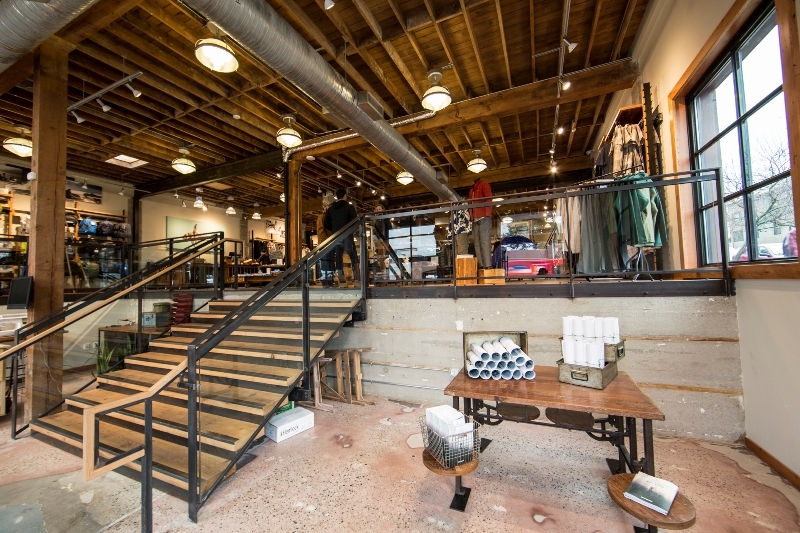 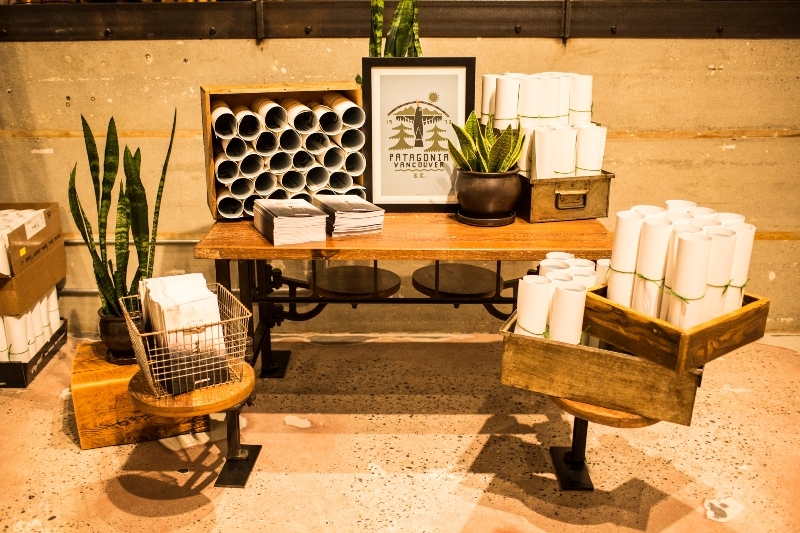 Limited edition posters and a printed version of the ‘zine were available to all who attended the grand opening party. 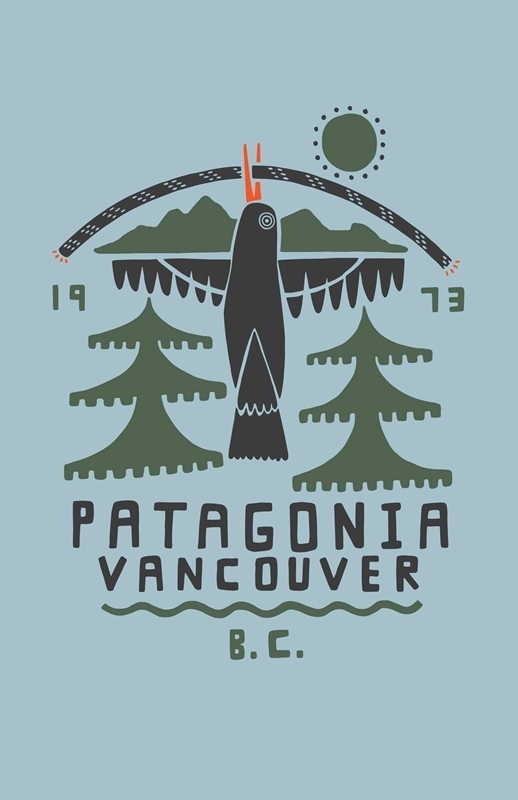 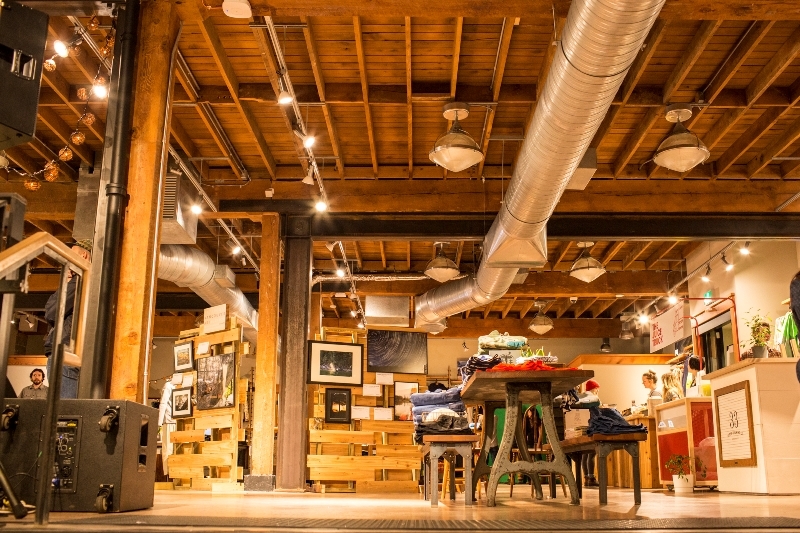 The benefit art gallery is the centerpiece of the store. 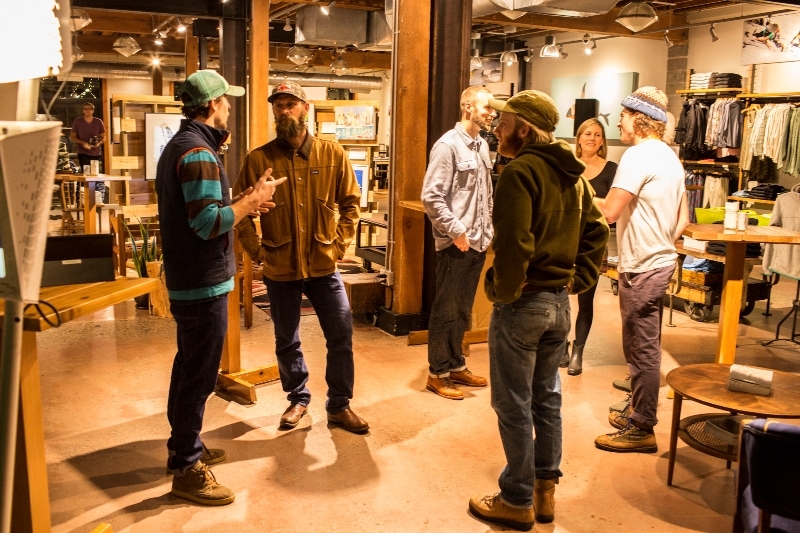 Keith Malloy made the trip from Southern California to celebrate the opening. 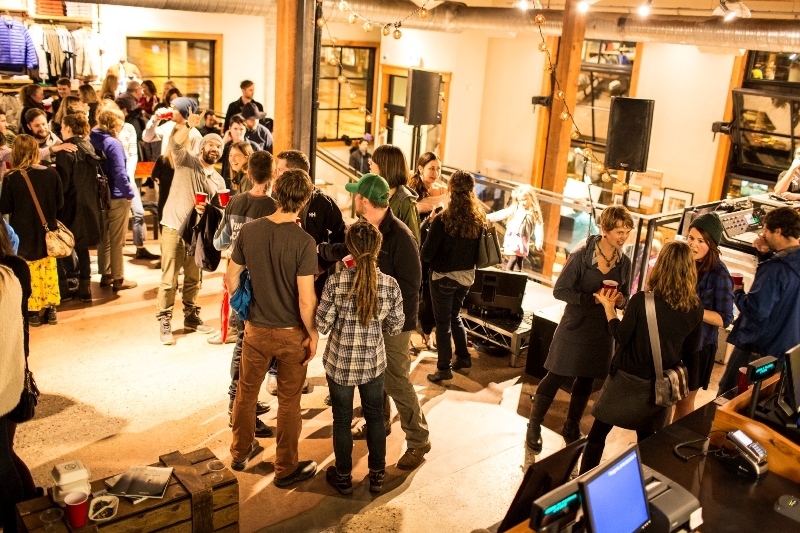 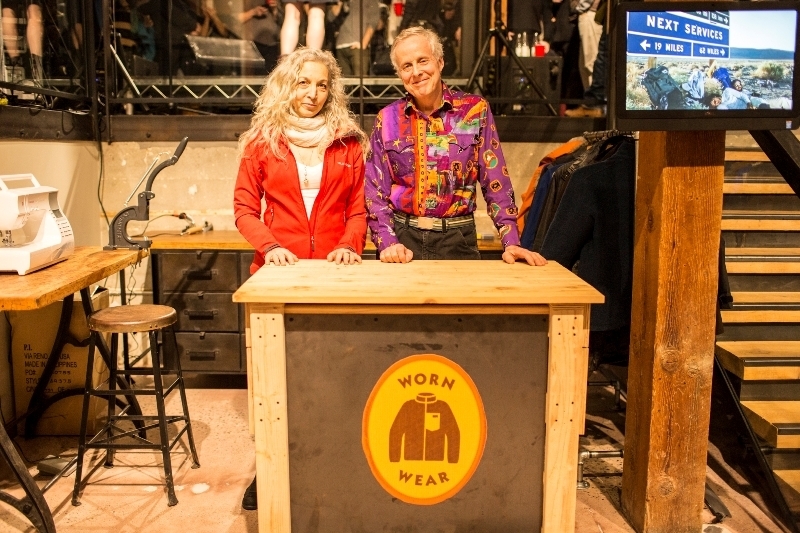 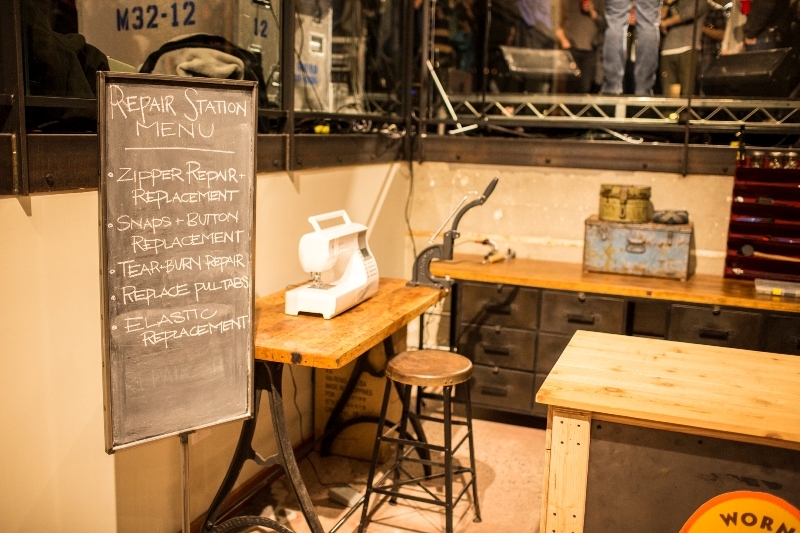 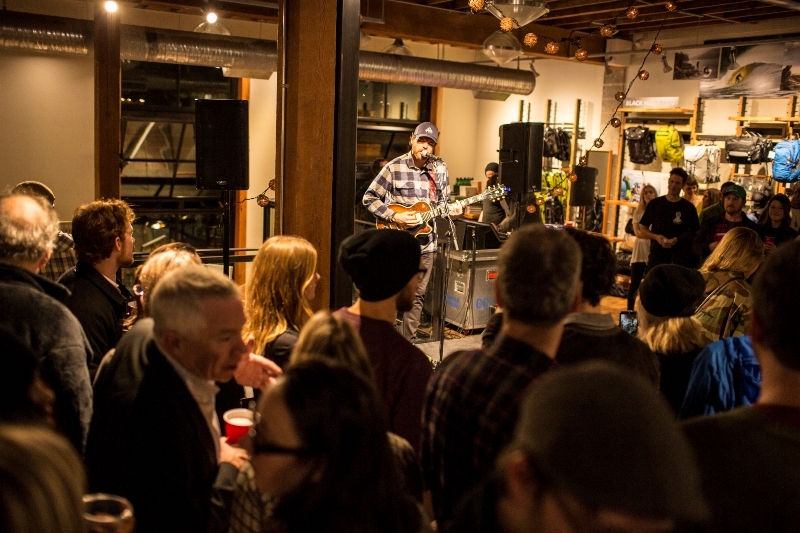 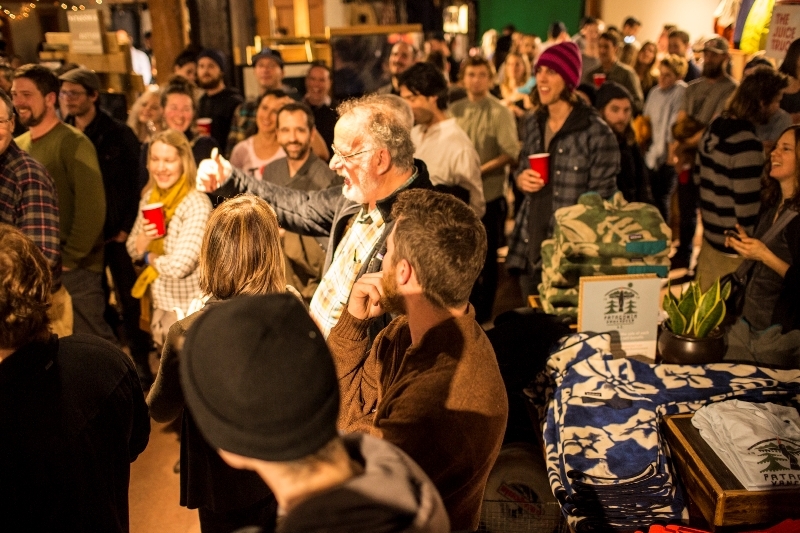 Bruce Hill of The Headwaters Initiative, a project of SkeenaWild.

This was our type of party: pale ales, meat pies and some rad inspiration from our CEO Rose Marcario. Thanks again to all who came out to last week’s celebration – we’re excited for future good times! Video: @dhedden @bahamasmusic @rainorshine @culvercitysalads @aussiepieguy @thepieshoppe @juicetruck #templeofstoke

Danielle Egge is the Retail Marketing Coordinator for Patagonia.