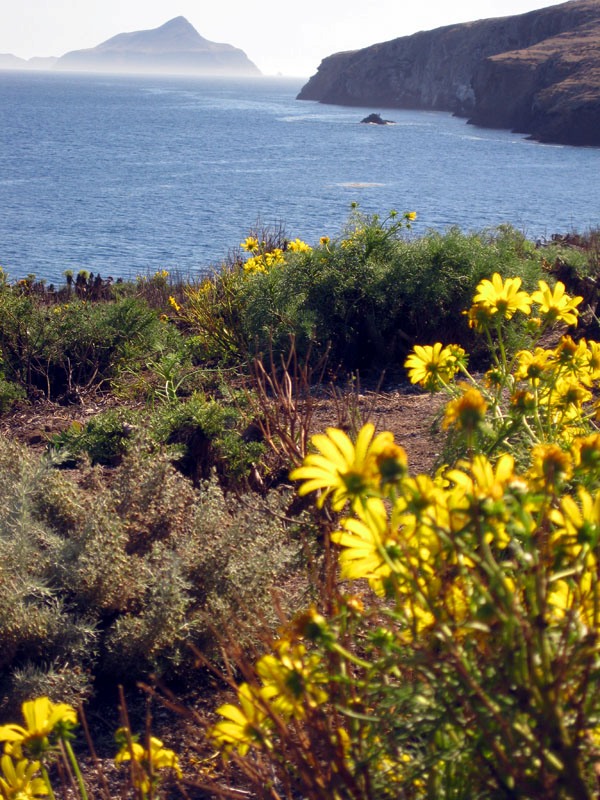 Growing Solutions is a 501c (3) non-profit organization located in Santa Barbara County. They are dedicated to the restoration and preservation of California’s remarkable botanic wealth and rich diversity. We've supported their work through donations and were pleased to welcome them at this year's Tools for Grassroots Activists Conference. They've accomplished a great deal since they were last featured on The Cleanest Line. Today's post is an update on some of their most recent work.

The weekend of October 23rd to 26th was spent out at Santa Cruz Island with the help of Don Hartley’s SBCC Environmental Horticulture class and other outstanding volunteers. It was a joint effort between the Channel Islands National Park, the Nature Conservancy, Santa Cruz Island Restoration, and Growing Solutions. The work was part of a restoration effort, headed by David Mazurkiewicz and Laurie Harvey, to restore nesting habitat for the Auklet seabird on Scorpion Rock.

Growing Solutions became involved with the Montrose Settlements Restoration Program in 2007 to contribute to native plant propagation, habitat restoration, and education efforts. MSRP is the product of a 2001 lawsuit against the Montrose Chemical Company, the main source of DDT contaminants on the south coast.  Invasive species and lack of appropriate native cover coupled with impacts from the chemical spills (i.e. eggshell thinning, reproductive failure) have discouraged nesting opportunities and affected population numbers for several species of seabirds.

This project, many joked, fit under the rare category of “extreme restoration” due to near-heroic efforts by staff and volunteers to transport seedlings across the channel by boat, carry onto a rock island by hand, and hike up a guano-covered cliff . . .

[All photos courtesy of Growing Solutions.] 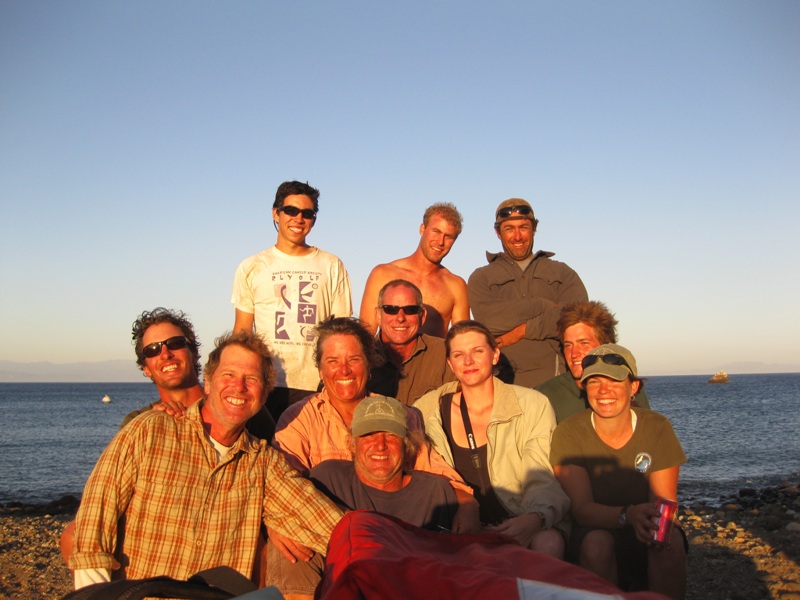 A satisfied group of volunteers takes in another gorgeous Channel Islands sunset.